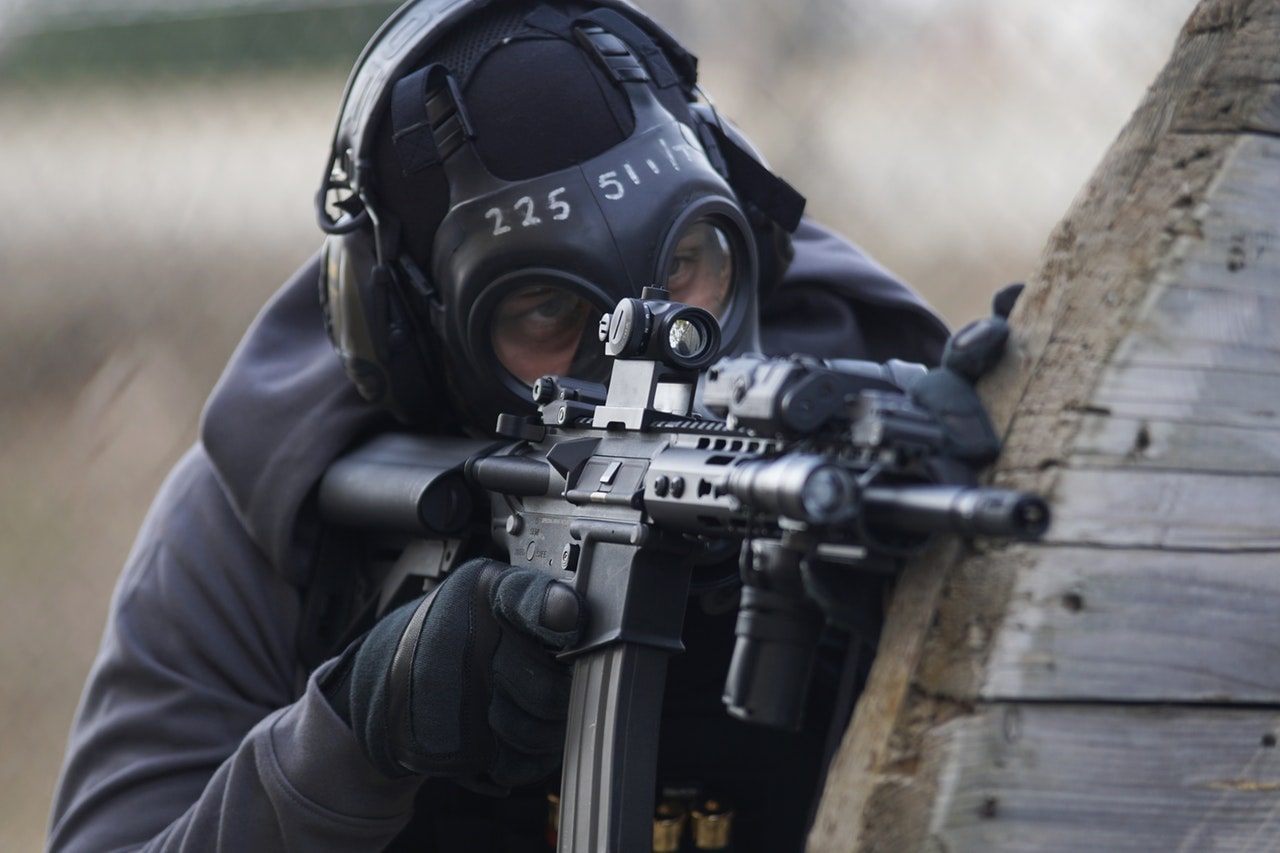 Night sights are mostly tritium installed in the rear and front sights. Tritium is the radioactive Hydrogen isotope. The vials of tritium gives off a radiant and soft glow. Most people wonder whether tritium sights can inflict any damage to the human health. In this article, we’ll try to look if the tritium sights are safe to use or not.

Health Physics society tries to respond to this question with a simple answer; NO. When tritium is utilizes in the night sights or other products, it doesn’t have the power of altering the DNA. This is mainly due to the fact that it’s in a weak ionization radiation form. However, the society claims that poisoning tritium can only occur when large amounts have been taken in either by ingestion or inhalation. The skin surface is a sufficient barrier to avoid exposure. In addition, the molecules of tritium can be able to travel only 6 mm in the air before they lose the radioactive charge.
Nevertheless, there’s some exposure risk when devices and night sights with tritium have been damaged. Therefore, you should carry arms with tritium in an appropriate case or holster. Tritium conveniently travels and bonds with water. Tritium exists within the environment either as a human-made or natural occurring substance. It’s usually undetectable and present within a human body in form of the watery composition.
Apart from existing in a natural world due to the cosmic rays reaching the globe, almost all tritium is the by-product form weapons and energy oriented nuclear industry. With the current technological advancements, tritium is inevitably emitted in the air as well as flowing in various waterways of the earth due to nuclear fission.
In the United States, air and water surrounding nuclear weapons and power is monitored closely to keep tritium to levels that are considered insignificant. Water dilution is an extremely efficient method of counteracting or neutralizing tritium. This is mainly due to the fact that it simply consists of 3 hydrogen atoms and blends conveniently into the familiar H2O. In addition, tritium is virtually present in all water bodies thanks to air and water movement around the earth. The tritium substance has many industrial uses such as clock faces, key chains, self-illuminating entrance or exit signs and gun sights.
Tritium does not have glow inherent. When tritium combines with phosphorous, it stimulates the molecules of phosphorous until they are glowing excitedly for a certain period of time.
Tritium substance is glorious although it’s rather short-lived and has a half-life of 12.5years. This simply means that the tritium substance released into waterways and atmosphere in USA from nuclear testing above-ground that was ultimately banned in the year 1963, has been inert.

Therefore, why did California Prop65 toxins issued a warning on the packaging of tritium night sights if it’s so harmless? The list of Prop 65 consists of chemicals that are linked to cancer or birth defects. This seems to differ with the slightly comforting message from Health Physics Society. However, a little online study displayed that basically any component with components such as metallurgic coatings, paint and aluminum has this warning so as to be California compliant. Therefore, the warning applies to various products like TVs, bicycles and several other.